If you are a fan of TV shows from the late ‘90s and early 2000s, you are probably familiar with shows like Buffy the Vampire Slayer and Angel. You must be familiar, then, with the TV show, Charmed.

The premise of the show centered around three sisters that lived in San Francisco, giving the show a gorgeous backdrop. They also happen to be witches. From the very beginning of the series, Prue, Piper, and Phoebe epitomized strong women. The cast was female-centric and these girls were tough.

They often found themselves running from the bad guys, which often included warlocks. In these times when a little brute force couldn’t handle the bad people, the girls turned to magic. While the WB had a good feeling about the series, they got more than they bargained for with Charmed.

Charmed Turns Out to be a Big Hit!

Despite having no big stars in it, the series was a surprise hit. The pilot episode broke many records:

Just like many series that cash in on their popularity, Charmed licensed products hit the retail scene, and every kid (primarily girls) that watched the show wanted a Charmed T-shirt, book bag, or other items from the show.

The casting of Charmed was interesting. The only member of the cast to be in every show, including the pilot, was actress Holly Marie Combs, who played Piper. The other sisters included Pru, played by 90210 alum Shannon Doherty and Alyssa Milano, from Who’s the Boss, played the youngest sister, Phoebe.

When Shannon Doherty left the show, at the start of the fourth season, actress Rose McGowan joined the cast with yet another sister, Paige Matthews. The people behind the scenes team was as good as the actors filming the show. Brad Kern, was not only a show running on the show, but also served as a writer and even appeared on camera as a Realtor. So, as you can see, the cast and other team members blended very well together.

If you have a craving for some great 90s TV viewing, try giving Charmed a try!

Challenges in Following a Healthy Lifestyle 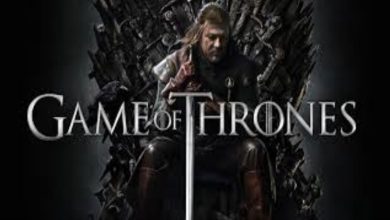 Are There American Actors on Game of Thrones?